Ever since the mid-nineties and Pierce Brosnan’s stellar debut as the legendary agent with license to kill, a watchmaking giant Omega established itself as one of the cornerstones of this long-lasting franchise. 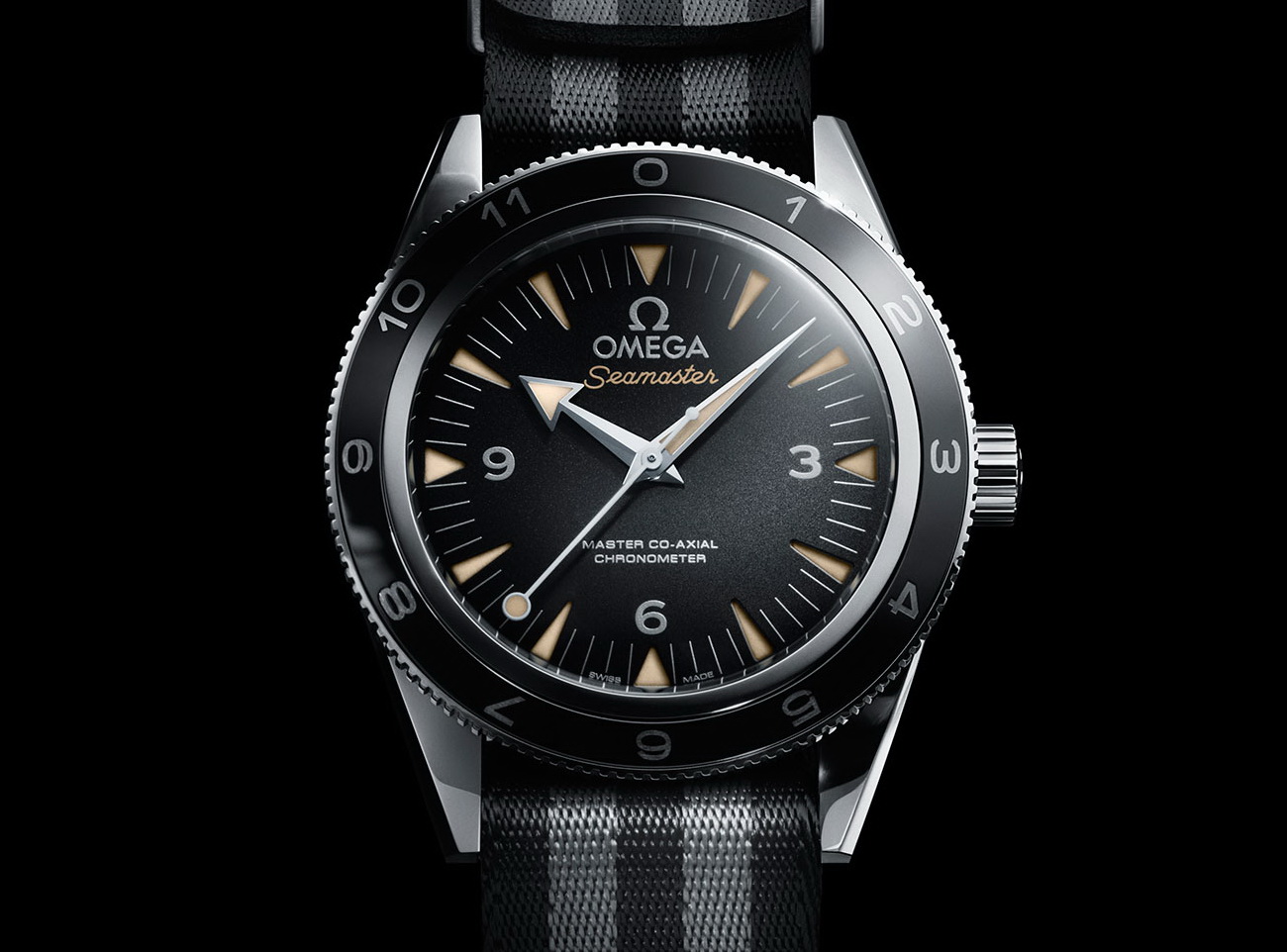 It all started with simple Omega Seamaster quartz in „Goldeneye“ and since those days, Omega and Bond have stood side by side in a lucrative marketing deal that has proven extremely effective for both brands. For the new entry in Bond series, Omega prepared a limited edition of its already successful retro-looking diver, the Seamaster 300. Following the success of the similar-themed watches like Longines Legend Diver and Tudor Black Bay, Omega released its own vintage-inspired timepiece back in the 2014. They also did a tremendous job by implementing all cutting-edge technology in it, thus creating a timepiece that is retro only by its design, which is a re-imagination of a Seamaster watches from the 50’s. 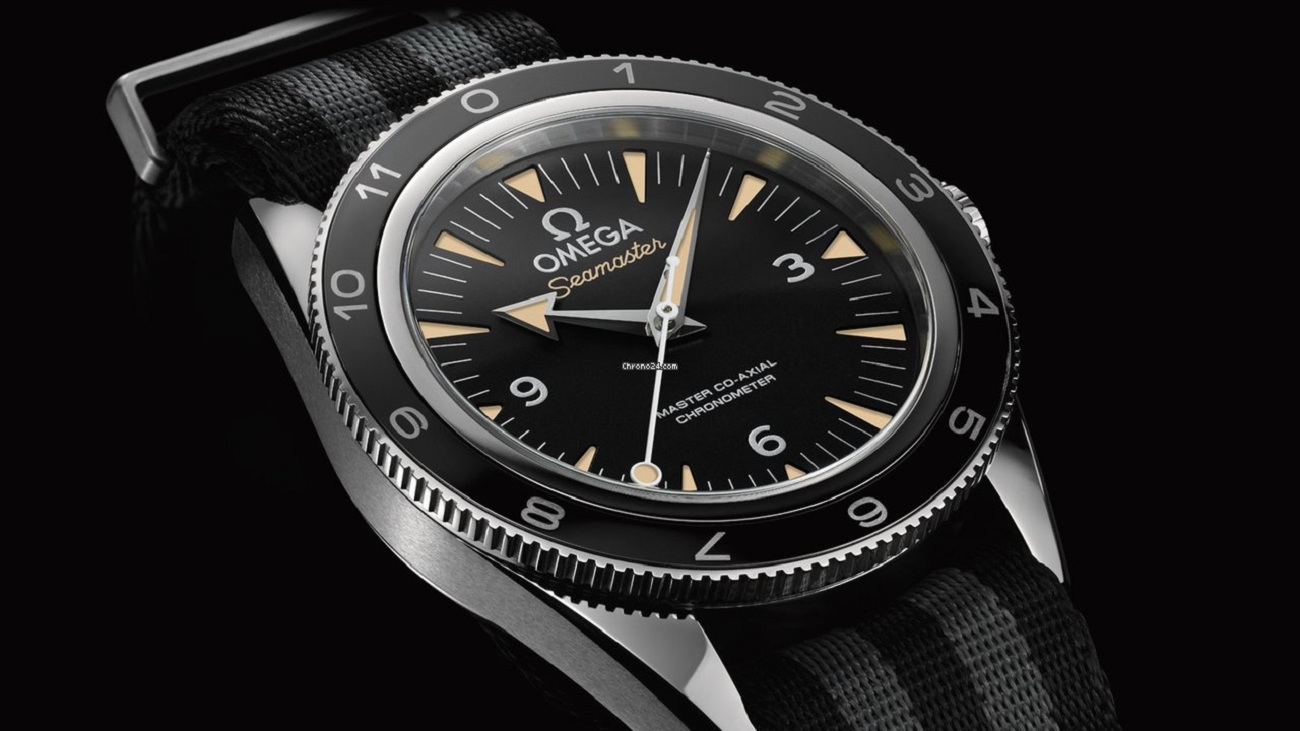 For the newest Bond watch that will have its debut with new „Spectre“ movie, changes are subtle but evident. Gone are 18ct gold and two-tone options, because the watch worn by indestructible secret agent is (and must be) in durable stainless steel. The bezel on this limited edition, while still in scratch-resistant ceramic coating, is quite different than the one on the regular model. Instead of classical diving bezel, „Spectre“ Seamaster has dual-time bezel with 12 hour markers, for possible tracking of second time-zone. Water resistance is up to 300 meters, which makes it a perfectly capable for professional use. The movement in it is unchanged from non-limited edition, and it is a work of art. A prestigious in-house Omega Caliber 8400 co-axial movement is anti-magnetic up to 15,000 Gauss, thanks to the exclusive use of anti-magnetic materials in the escapement. What is also gone is a metal bracelet. Since the Sean Connery’s iconic turn as an agent in her Majesty secret service, a real Bond-watches were worn on NATO straps. Omega finally realized that and offered this limited edition Seamaster with fantastic fabric strap, strongly reminiscent of the one worn by Sean Connery in „Dr. No“. 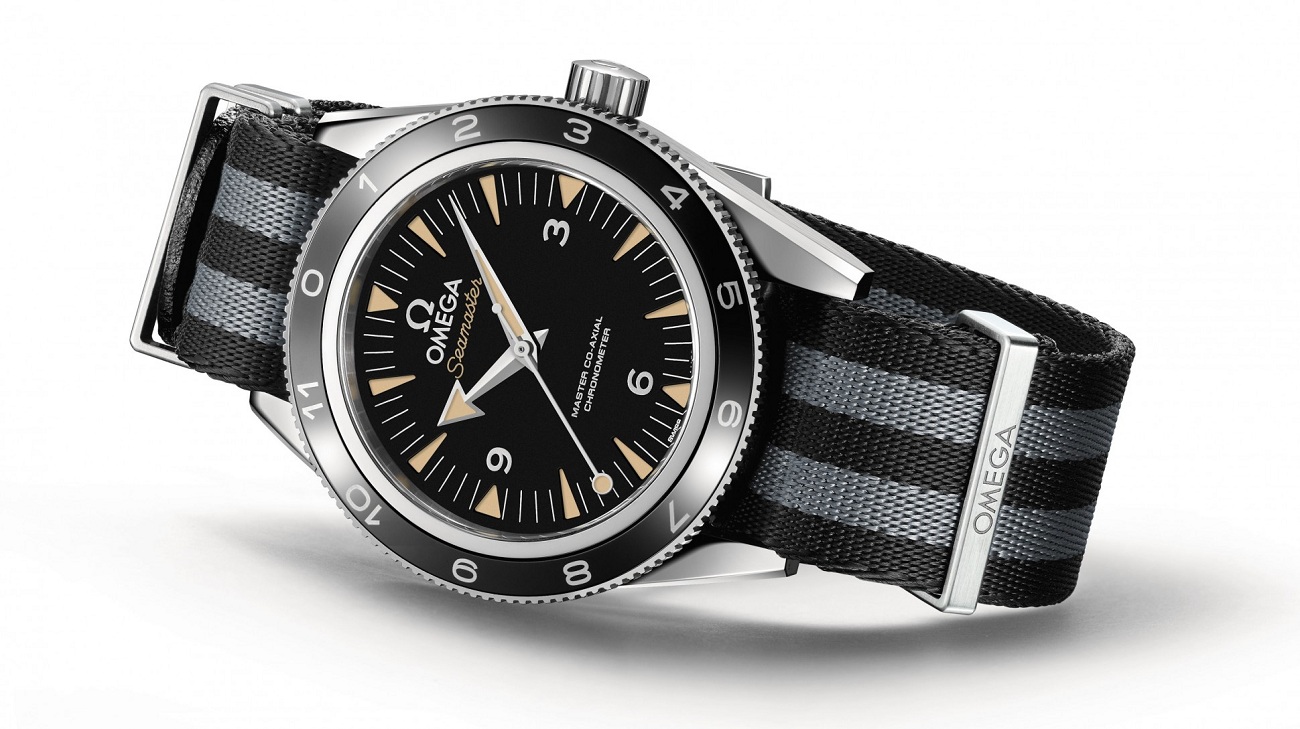 Every Omega Seamaster 300 “Spectre” timepiece will have engraved its unique serial number, along with the „Spectre“ logo on the caseback and „007“ on the strap holder. This sleek and elegant timepiece is a perfect choice not only for franchise lovers or seasoned watch aficionados, but also for anyone who appreciates understated luxury and seeks for an indestructible timepiece of highest quality that is built to last for a lifetime.

Check out the great deal on
Omega Seamaster 300.