This iconic Parisian neighborhood, known for its vineyards, Sacré Cœur Basilica and, above all, a bohemian atmosphere with former residents that earned their places in the history books, is still vibrant place as it was before. Only with less artists, but significantly more tourists, which may not be all that bad for Parisian economy. 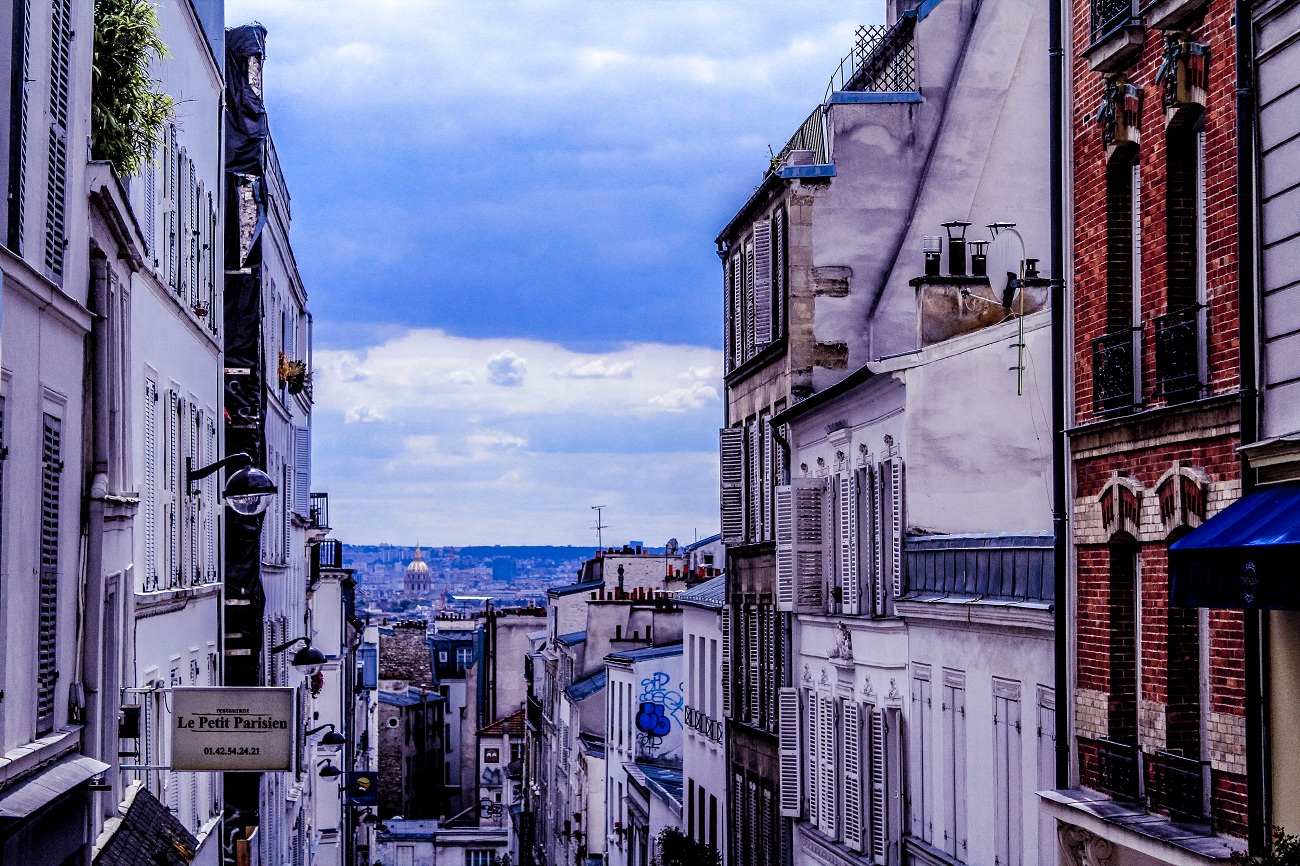 The list of artists that inhabited Montmartre seems like a handbook from the Art History subject. Because the rents were low and overall atmosphere hospitable and friendly during the Belle Epoque period (1872 – 1914), Montmartre attracted numerous artists that either already were famous and appreciated, or will become like that in the years to come. The building that is now Musee de Montmartre housed a host of legendary painters: Pierre-Auguste Renoir first rented now iconic space at 12 rue Cartot in 1876 to paint Bal du moulin de la Galette, Maurice Utrillo lived at the same address from 1906 to 1914, and Raoul Dufy shared an atelier there from 1901 to 1911. During the years 1904–1909, giants like Pablo Picasso and Amedeo Modigliani lived and worked in a building called Le Bateau-Lavoir, where Picasso painted one of his most important masterpieces, Les Demoiselles d’Avignon. List of the artists who worked in this quarter is no-less impressive: Vincent van Gogh, Pierre Brissaud, Alfred Jarry, Jacques Villon, Raymond Duchamp-Villon, Henri Matisse, André Derain, Suzanne Valadon, Edgar Degas, Henri de Toulouse-Lautrec, Théophile Steinlen and many, many more. 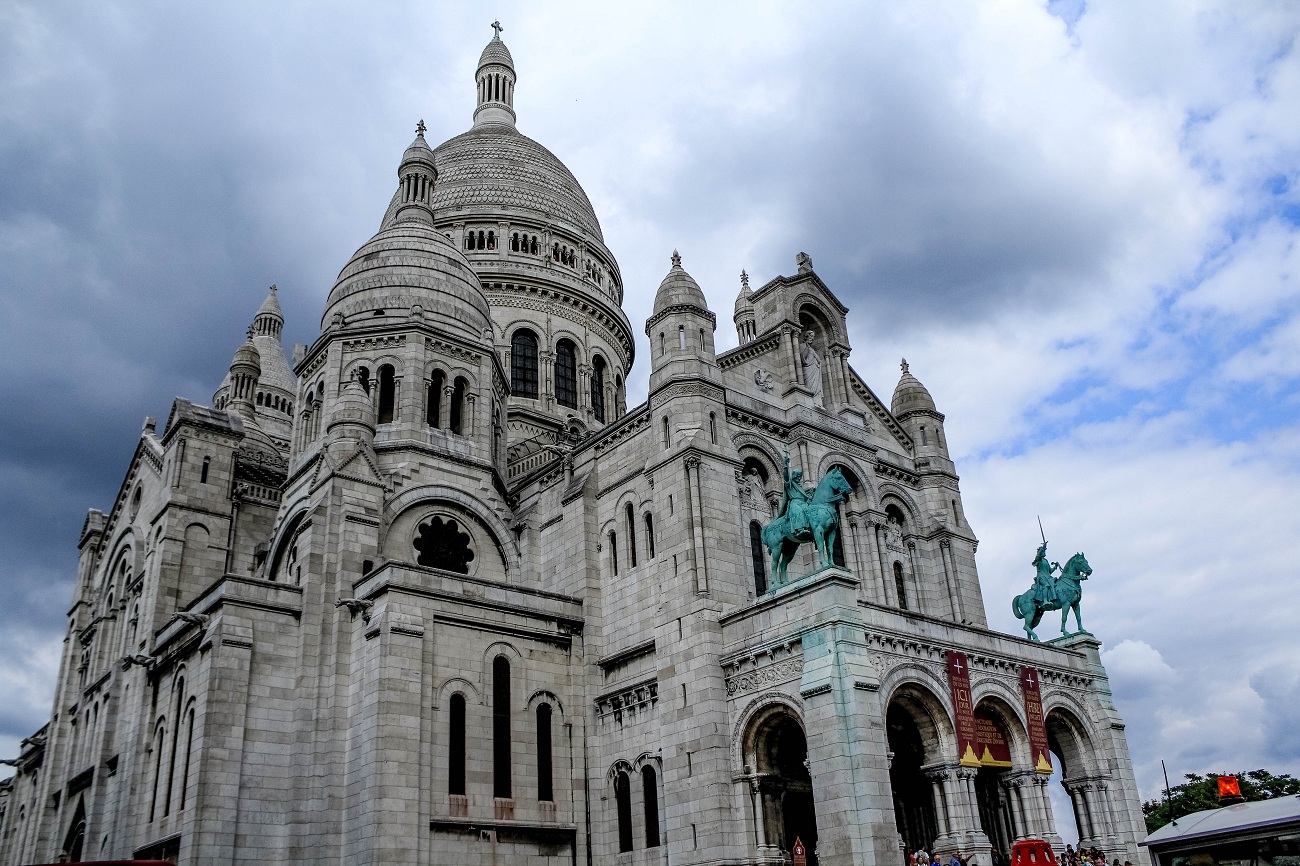 The most prominent landmark in the Montmartre is the impressive Sacré Cœur Basilica. Located at the highest point of the city, “Basilica of the Sacred Heart” has dominated the Parisian skyline since 1914 and it was dedicated to the 58,000 who lost their lives in the Franco-Prussian War. Totally different type of landmark is Montmartre’s one and only Moulin Rouge. Located in the Pigalle Quartier, at the foot of the Montmartre hill, this legendary cabaret is considered a birthplace of modern can-can dance, and was immortalized by the paintings of Henri de Toulouse-Lautrec. 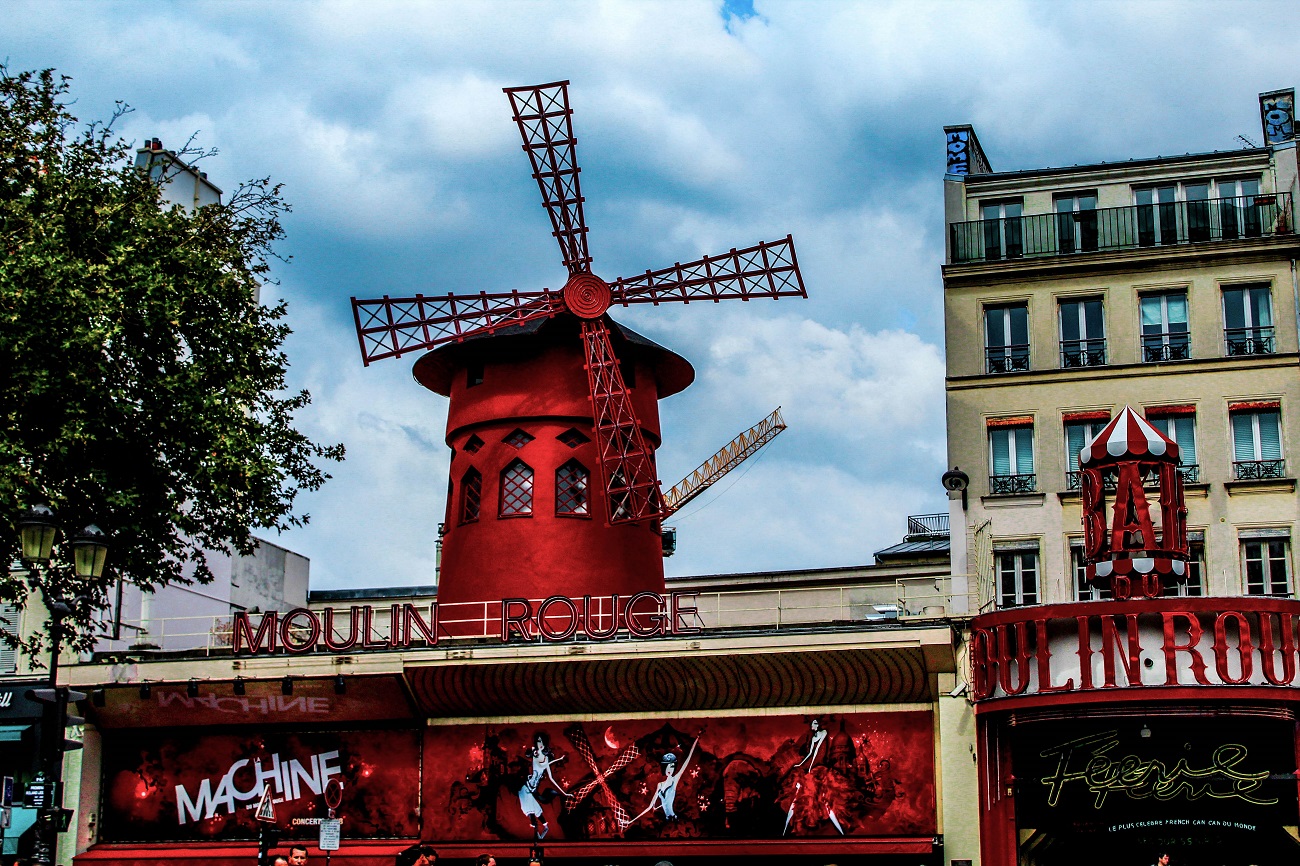 Montmartre of today remains a bit of a mystery to me. It is still vivid and seductive in its own, characteristic way. The very ground that you walk contains so much history that you simply must be overwhelmed with various sensations. You feel proud because you walk the same streets that drew inspiration from Picasso and Vincent van Gogh, Herni Matisse and Maurice Utrillo, but you also feel a bit of nostalgia because those days of great artistry are long gone. Gone but not forgotten, yes, but gone nevertheless. 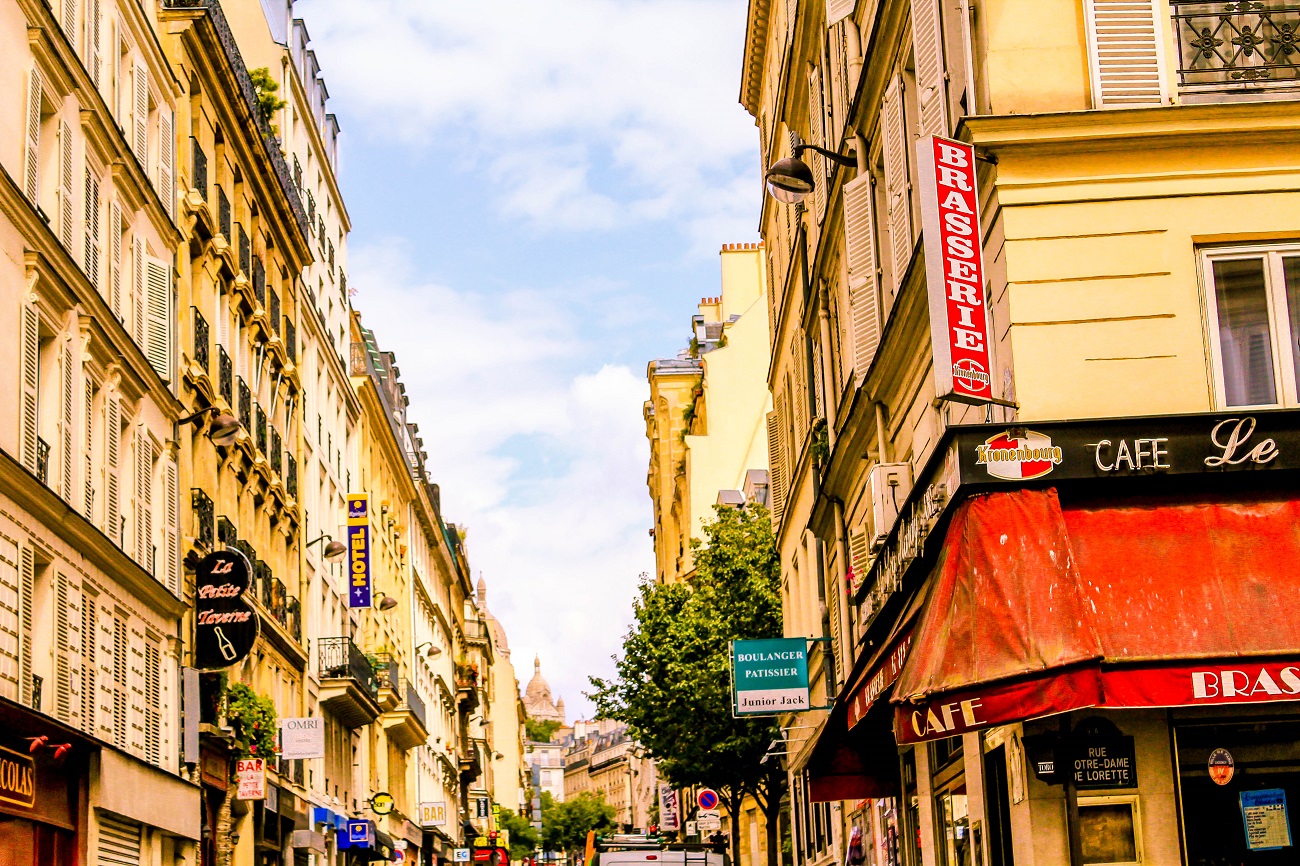 Nostalgic feelings aside, the best thing you can do is to blend in the colorful mix of the visitors from all meridians and to immerse in the unique magic of the Montmartre while enjoying the walk through the steep and cobbled streets of one of the most historic and interesting neighborhoods in Paris, with its stunning vistas and breathtaking views of the city. And the best thing you can do right now is to pour up a glass of wine, play Charles Aznavour’s signature song “La Bohème” and simply enjoy in these pictures of Paris. According to Aznavour, this song is a farewell to the last days of bohemian Montmartre. 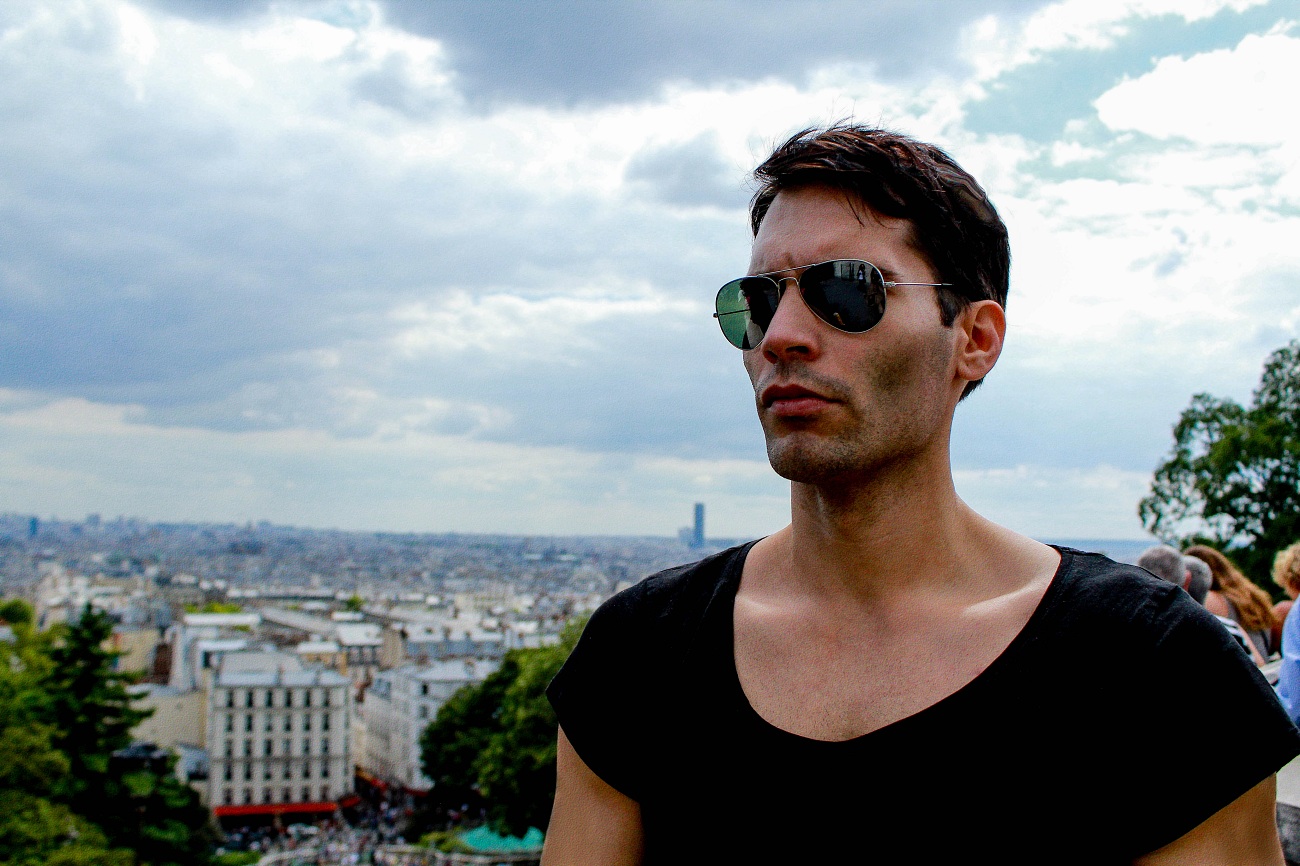 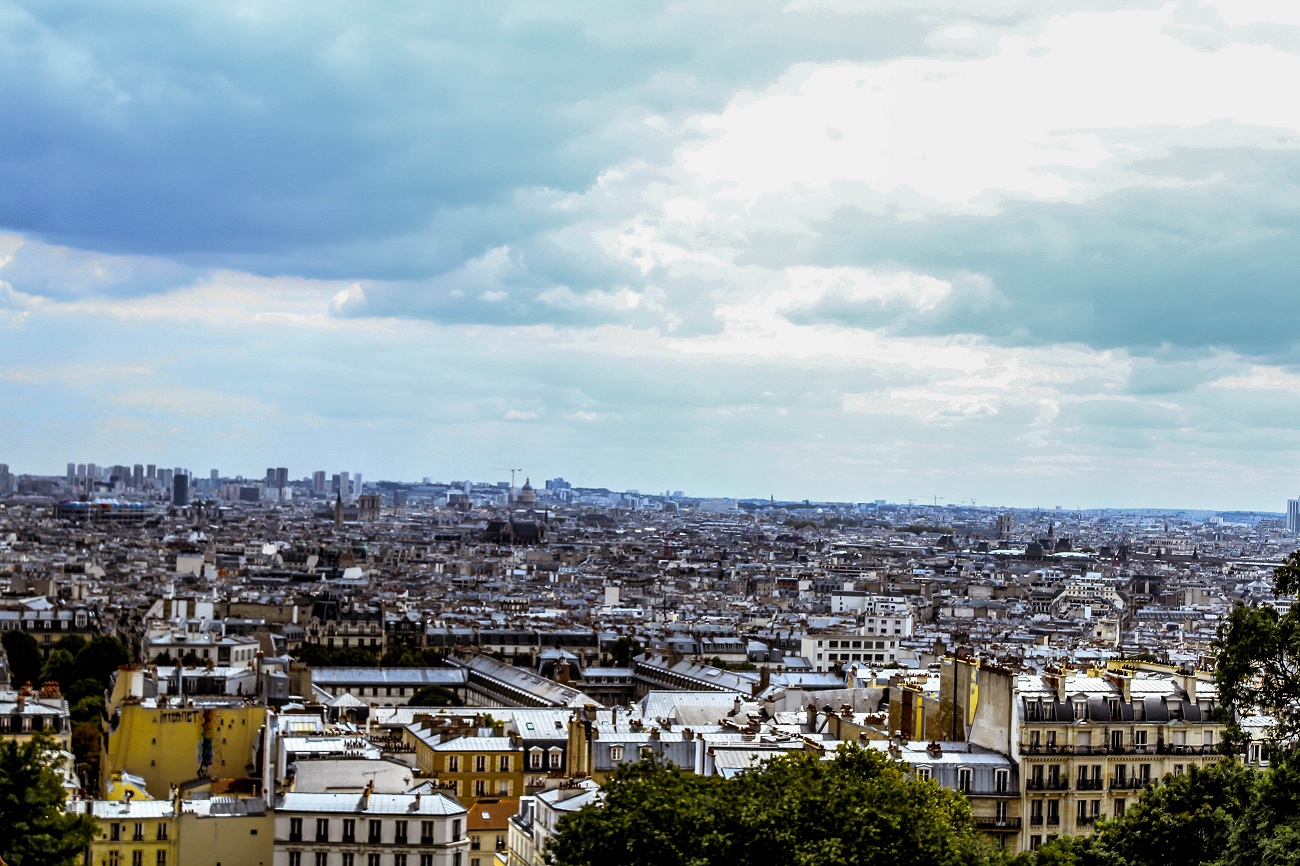 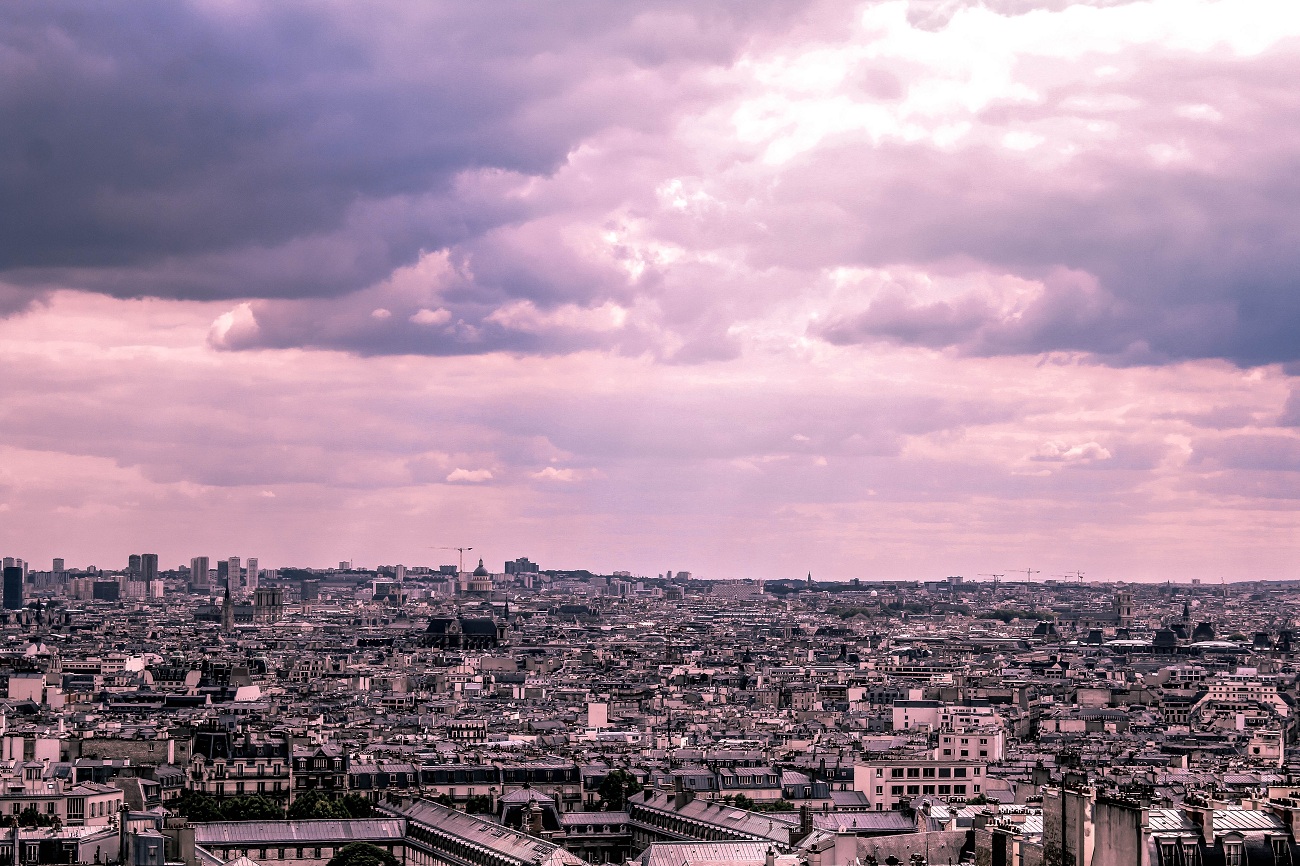 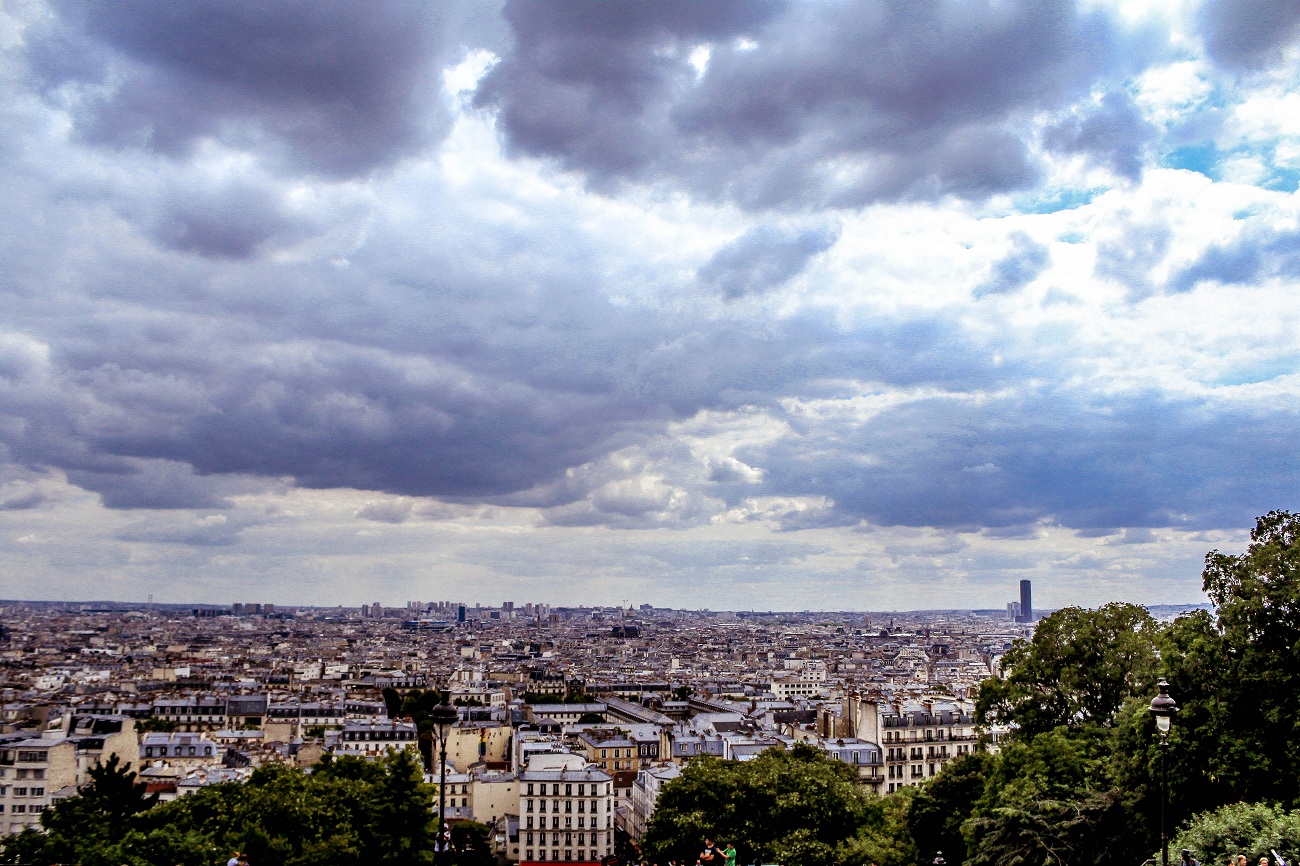 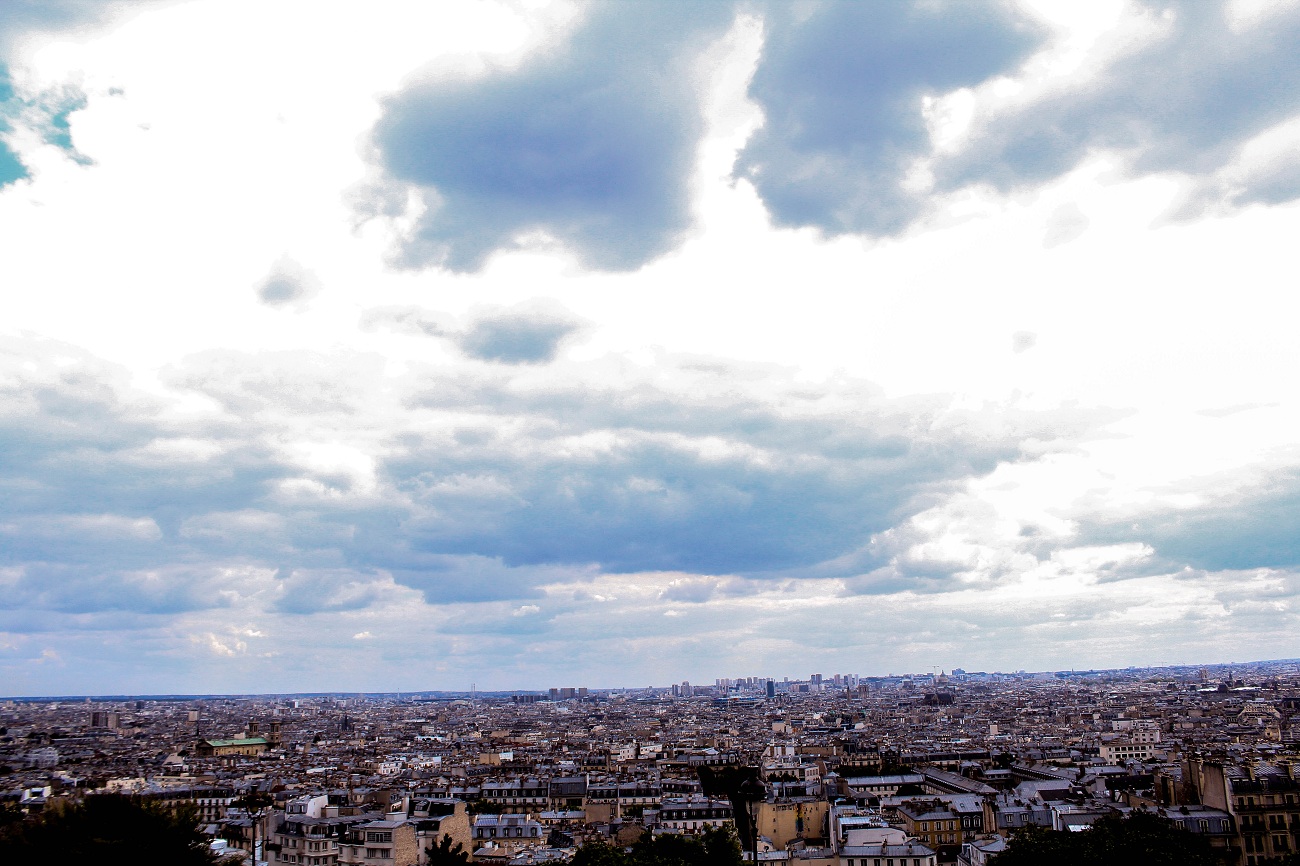 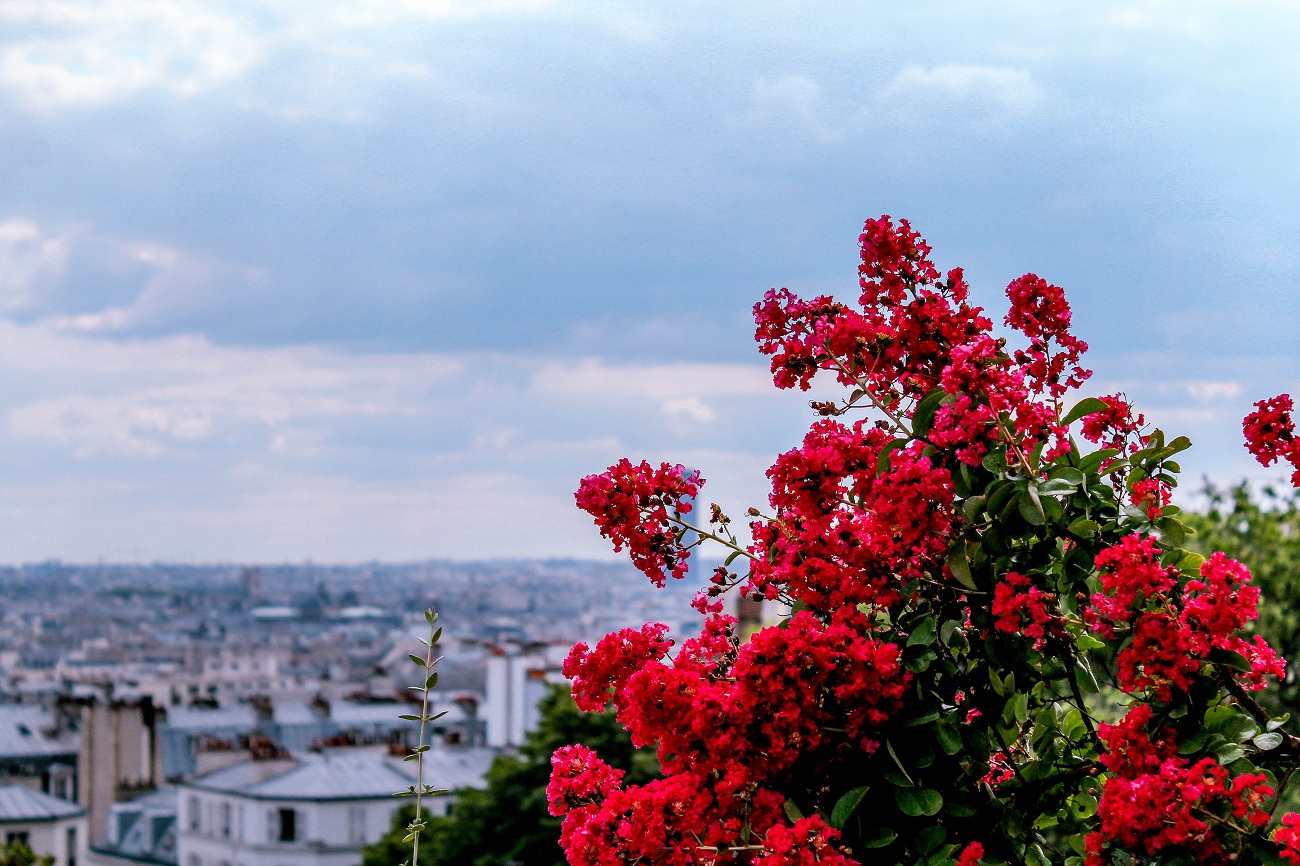 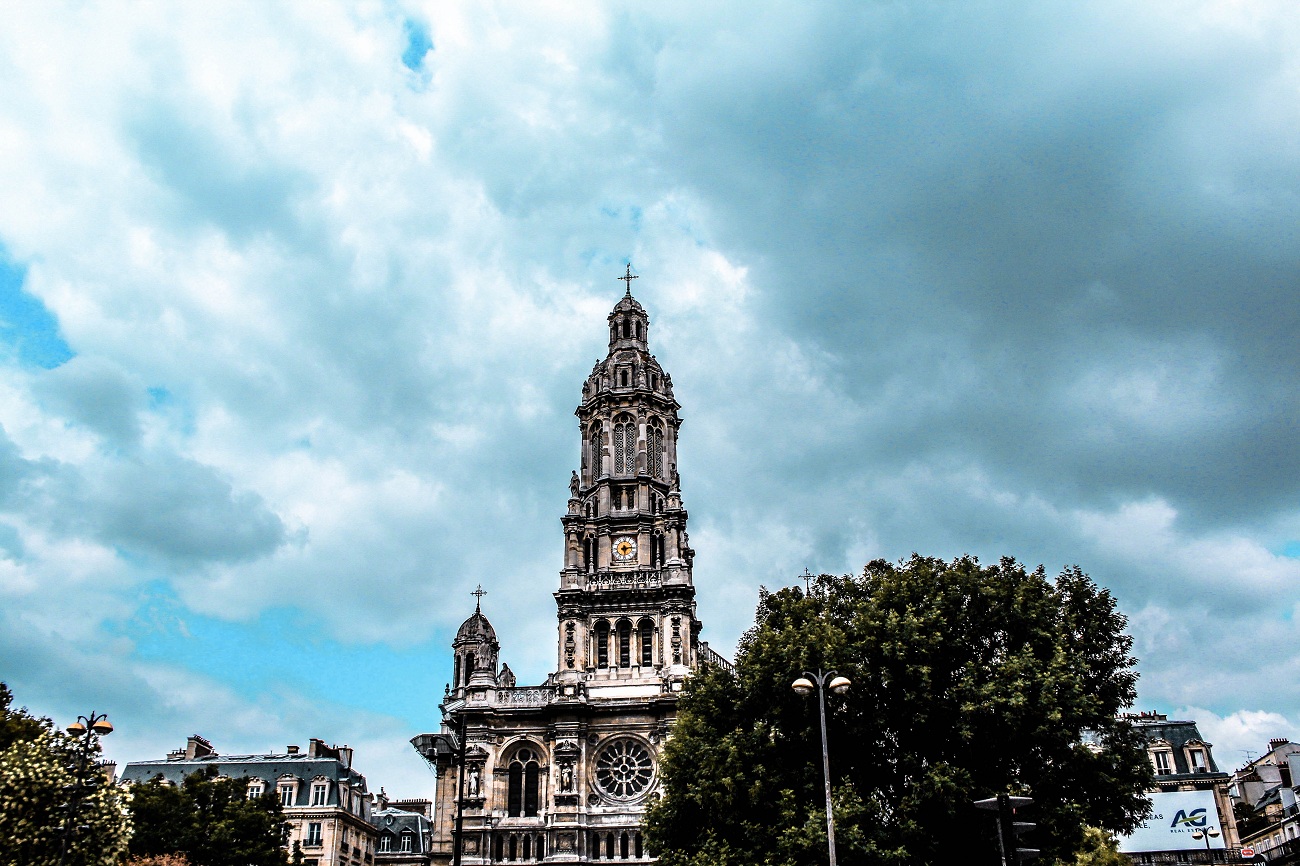 The Église de la Sainte-Trinité is only 1.5 km away and a must-see on a way to Montmartre 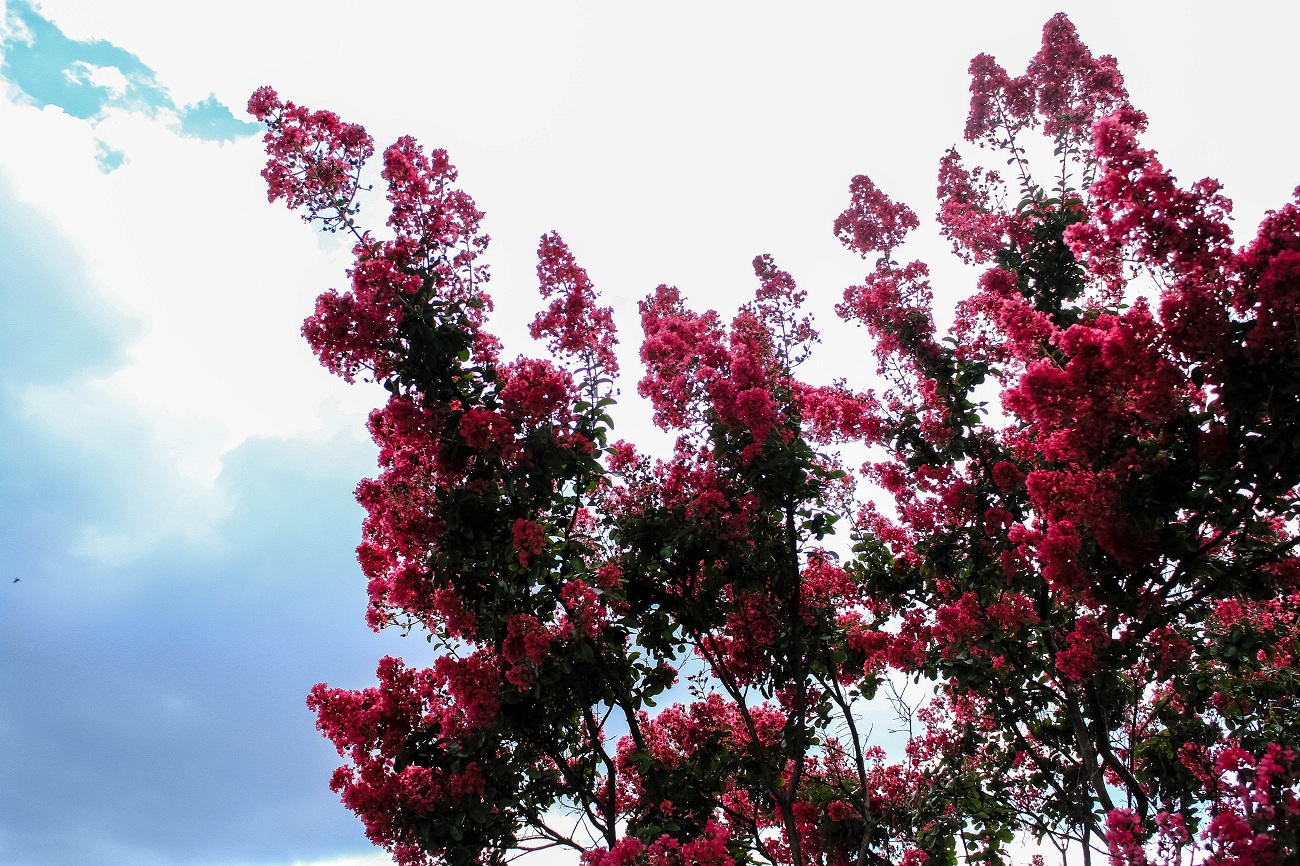